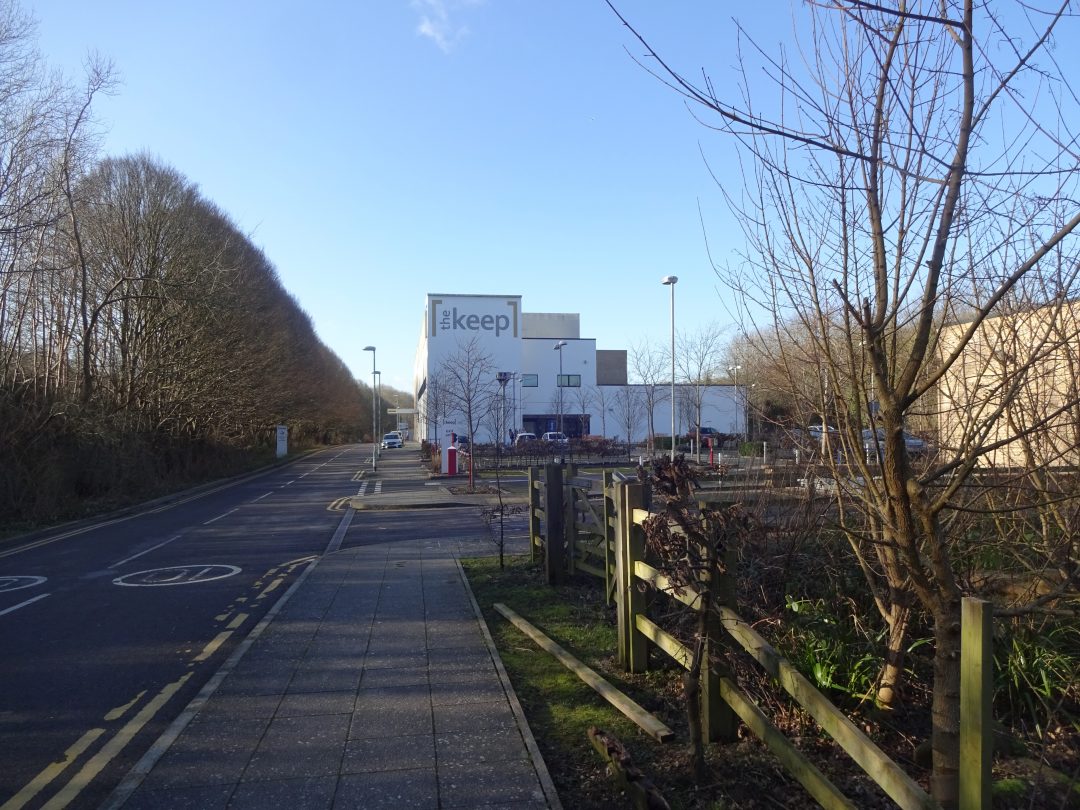 Mass Observing at The Keep in Brighton

The main aim of our project ‘Reimagining the Future in Older Age’ is to explore the relationship between age and future time. The project has three stages, the first of which is to understand existing narratives of future time in older age by conducting a secondary analysis of responses to Mass Observation directives concerning time and age. I had the pleasure of visiting the Mass Observation Project archive in the purpose built state-of-the-art facility ‘The Keep’ just outside Brighton in early February this year (2020).

N.B. I wrote this post shortly after my return from Brighton, obviously so much has changed since then in terms of the impact of Covid-19.

The Mass Observation movement was established in 1937 by three former Cambridge students, anthropologist Tom Harrison, poet Charles Madge and filmmaker Humphrey Jennings. The aim was to observe and capture everyday life in a range of contexts in Britain. The data created ranged from surreptitious observation, intimate reflections as well as reportage.[1] Mass Observation is perhaps best known in historical circles for Harrison’s study of Bolton known as ‘work town’ and the ways in which Mass Observation research was used by the government during the Second World War. On occasions Mass Observation also completed research commissioned by government departments. After the Second World War Harrison, Madge and Jennings left the project and the founding principles based on their interests changed. Eventually the study was wound up, with fewer documents dating from the 1950s/early 1960s surviving.

The study was revived in 1981 at the University of Sussex where the archive of the original movement was held. The aim was to re-establish the earlier movement’s idea of a national writing panel. Crucially for our research many of the writers have been corresponding to Mass Observation ‘directives’ (open-ended questionnaires) for several years creating rich qualitative longitudinal material (it is common for researchers to trace an individual observer’s responses through the years). There are currently 450 volunteer ‘observers’ responding to three directives each year. The project collaborates with academics and non-commercial organisations to produce directives (so theoretically you can commission your own if you like). Observers are encouraged to reflect on their own experiences and relay their opinions on a wide variety of topics, on their everyday lives, their own past and most importantly for our project their futures. The observers tend to be white, middle class and well-educated, and so do not represent a cross-section of British society. This is something we will bear in mind in our analysis of the narratives and we aim to recruit a more diverse sample for Stages 2 and 3 of the project.

While the building is impressive, with lots of natural light and a really comfortable place to work, the real value for the researcher lies in all of the archive’s staff who are all so knowledgeable about the collections. For me there is no substitute for handling the submissions made by observers, seeing their handwriting and the paper they wrote or typed on. I felt that I got to know them a wee bit more (some of us historians can be a wee bit obsessed with tactility of the archive). I also received a lot of advice from members of staff that was invaluable during my three days in the archive. The staff were all so friendly and approachable and that really makes the difference. I would encourage researchers to make the journey and consult the material in person if possible. Another benefit of going to Brighton to consult the archive was that I was able to enjoy the sunsets and views of the sea and explore the pier!

The post 1981 collection is in the process of being digitised by Adam Mathew Digital and when it is completed this will ease accessibility for those unable to travel for a variety of reasons and who have access through institutional subscription. There already exists an extremely useful database created as part of a project ‘Defining the Mass Observation Project’ funded through the ESRC Secondary Data Analysis Initiative, which was a collaboration between the Mass Observation Archive and the Universities of Southampton, Birmingham and Surrey – http://database.massobs.org.uk. Users can perform a variety of searches to narrow down responses to individual directives, or by age cohort, gender, economic background, profession, geographically etc. This is an invaluable resource in terms of identifying the potential sample of responses a researcher could use for their analysis.

As a historian I have, since my undergraduate days, been aware of the potential of the Mass Observation archive for historical research – especially relating to the Second World War. I’d shamefully forgotten about the post-1981 project! Similarly, I’d never considered it being used by social scientists to establish thoughts and opinions on a range of social questions in the recent past and of importance today. Of course, there are good examples of studies which have done just this including Nick Hubble and Philip Tew’s excellent book Age, Narrative and Memory: New Qualitative Social Research (Houndmills: Palgrave McMillan, 2013). The archive has so much potential to inform research questions for undergraduate and postgraduate students in a range of social science and aligned disciplines. I would urge anyone interested to get in touch with the archivist who will be more than happy to discuss research projects – moa@sussex.ac.uk.

Since returning I’ve been enjoying analysing the data I collected (initial findings to be discussed in future posts!) and getting a sense of how observers from around Britain thought about the future and their future.