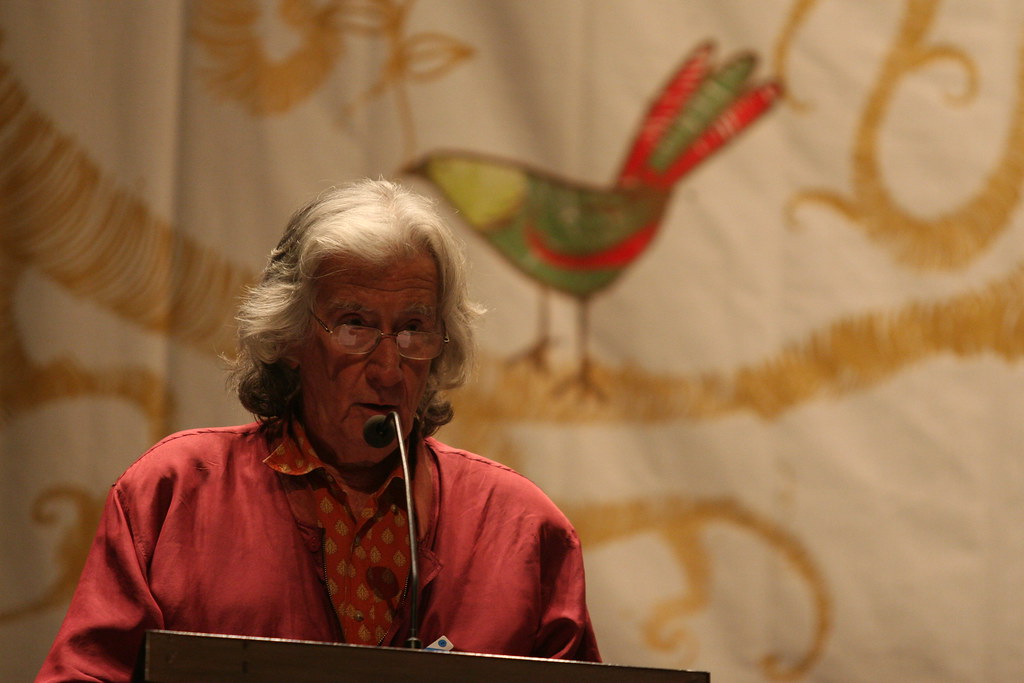 Forum Theatre: Augusto Boal and Theatre of the Oppressed

Since our last post we’ve been busy with Stage 3 of our project. We’ve held all of our initial online workshops and have recruited a Performance Group to work with us and Active Inquiry in creating narratives about older age and the future.

As well as having a lot of fun and getting to know new people, in our first few rehearsals we’ve been discussing whether we consider ourselves to be ‘older’ and what this means for us. We’ve also been thinking about the representations of older people that predominate in society and particularly in the media. In addition we’ve been considering the role of the pandemic in affecting how we feel about our age and the effects this has had on our lives and our futures.

We’ve also been thinking about theatre and our methodology and approach. In our first rehearsal we found that we all had preconceived notions of what theatre was and how performances were experienced by the audience. Then we discussed the possibilities opened up by forum theatre as a methodology which gave us all a clearer idea of what we were trying to do or aiming for.

This post will provide a short introduction to Forum theatre with some links where you can find out more.

Forum theatre was developed by Brazilian drama theorist Augusto Boal with the method explained in his 1974 book Theatre of the Oppressed. His work was in turn inspired by Paolo Freire’s Pedagogy of the Oppressed. Boal’s theatrical techniques facilitate participants and audience members to actively participate in a performance and change the narrative, to encourage debate and collective education.

For example in a forum theatre performance the actors will perform a scene and then the audience will be asked to participate by giving suggestions on what could change in the scene. Essentially the actors and audience discuss and debate the scene together and they may decide collectively on an alternative scene. The actors then perform the scene again incorporating the changes. Spectators can become spect-actors stepping into and joining the actors in the scene.

The idea of this type of activist theatre is to facilitate oppressed peoples in making their voices heard and having ownership over their stories, their narratives and lives. The production of participatory theatre empowers people and communities to challenge and subvert stereotypes or beliefs that have a negative impact upon them. In this way forum theatre is a collaborative, educational and political process. The idea is that communities and individuals can use theatre as a rehearsal for reality.

The members of our Performance Group were enthusiastic about this type of theatre as a dialogue between the performers and audience and we’re looking forward to how we can develop this methodology using an online space.

To find out more about forum theatre see:

Inspired by what we’ve learned from Active Inquiry we’re also working in collaboration with the University of Stirling’s Student Union and in particular the Arts’ Societies to share our findings on the project and discuss the utopian methods we’ve been using. We’ve had some brilliant meetings and were thrilled when Stirling University Drama Society (SUDS) ran a session on forum theatre for their members.

To find out more about SUDS see here – https://linktr.ee/stirlingdrama

You can also watch their ‘March monologues’ on youtube:

We’ll be developing our collaboration with the Student Union Arts’ Societies over the next few months so watch this space!

If you’re interested in finding out more please get in touch.