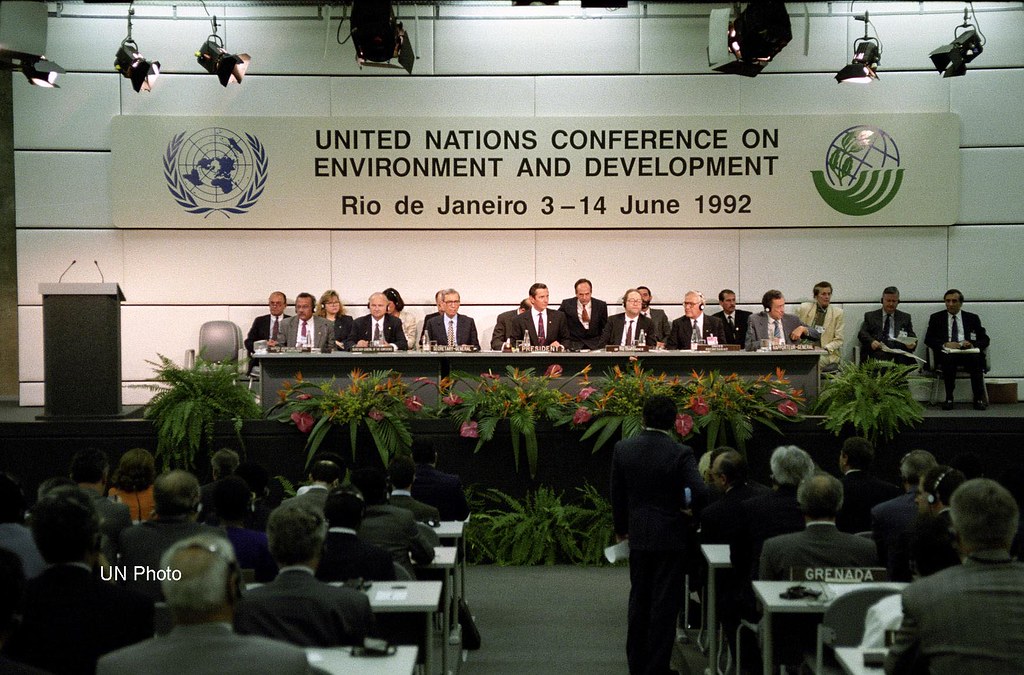 Back in March, near the beginning of the Covid-19 pandemic, when countries began to lock-down, one of the themes that was dominant in the media was the idea that the world was slowing down and healing as carbon emissions declined and air pollution dramatically improved around the globe. While people stayed at home nature was thriving. Just as quickly articles in newspapers questioned how long this would last or if this phenomenon would facilitate the implementation of the ‘green revolution’ at a quicker pace. The answers are still unclear as we are very much still in the midst of the global pandemic.

Yet when we started this project in January we were already thinking about how concerns with climate change were linked to people’s thoughts about the future. In this post I’ll tell you a bit about what we’ve found in the Mass Observation Project archive, and in particular a directive entitled ‘Nature and the Environment’ from 1992.

In the last few years, and certainly since the Brexit vote in 2016, articles in the media have pitted generations against each other. ‘Boomers’, the generations born in the immediate post-war decades, are characterised as benefiting from the social settlement of these decades through the welfare state, comprehensive education, free university education, home ownership and good pensions. Meanwhile the ‘millennials’ and younger generations are characterised as being in a position of far greater precarity. Such unnuanced categorisation is obviously problematic and yet has been weaponised by a variety of interest groups. After Brexit for example those over the age of 50 who voted to leave the EU were portrayed by younger ‘remainers’ as ‘stealing’ their future.

Similar arguments have been made in relation to climate change. Older generations are often blamed for being unaware of the long-term consequences of increasing energy consumption in the twentieth century as well as not being concerned about climate change in the present. However, while younger generations are perhaps at the forefront of a renewed focus on climate change, environmental activism is not new and not all activists are young.

What do older adults think?

One of the central aims of this project is to explore how older adults think about the future and their futures. We are interested in whether or not environmental issues play a role in their thoughts, and what they think about these issues and how it will affect them.

First of all, it is useful to find out what societal narratives already exist around older age, the environment and the future. This is where historical sources are useful and in particular the Mass Observation Project Archive (you can find out more about our trip to the archive here). The ‘Nature and the Environment’ directive from 1992 explored perceptions of the United Nations Conference on Environment and Development (UNCED), also popularly known as the Rio de Janeiro Earth Summit. The attitudes of Mass Observation respondents over 60 years old to this event are diverse, but there are some themes which emerge.

Several respondents thought that the Earth Summit would have little effect on Government action and that solutions would be postponed. Others suggested that ‘the main issues’ such as destruction of rainforests, global warming, pollution, population growth and poverty would only increase in the future. As a 69-year-old man stated ‘to me the future does not look rosy’.

Many respondents shared the view that young people were ‘more concerned about green issues’ as they will be here longer than ‘older folk who will soon leave the planet and its problems’. For some this view resulted in sympathy and concern for future generations. However others revealed a disinterest, for example one 78 year old woman stated that because of her age ‘it does not concern me, a selfish outlook’. Others took a more personal view thinking in terms of their own lifetime. As one 69 year old man stated ‘I have not a lot of hope for the future’ and ‘I cannot see anything in my lifetime changing’, as ‘people wont act till it directly affects them’. A 63 year old woman suggested that ‘if we fail to take sufficient action there may not be a future’ and that this was ‘a threat to us all with no easy solutions’.

Although many felt there was little that could be done by individuals alone (it being suggested governments and ‘big business’ should take action) they described recycling, driving their cars less and using unleaded petrol. Several made reference to being of the ‘make do and mend’ war generation and repaired items rather than buying new. Some respondents were willing to accept a lower standard of living to benefit people in other countries, others were not so keen. Age again played a factor for some with a 63-year-old woman stating, ‘I can’t do anything personally, especially at my age!’.

What do you think? Do you remember the Rio Earth Summit in 1992? Do you think the views of the over 60s then were similar or different to what people think today? What do you think about climate change in the present day? We’d love to know your opinions – you can leave comments below.